So a bunch of Senate crap passed out of the California Assembly Appropriations committee, from whence it’s pretty much guaranteed to pass on the Assembly floor and head to Governor Brown’s desk sometime in October. 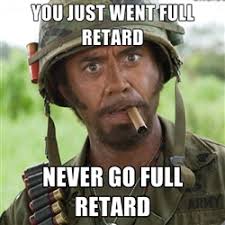 While I’m not privy to the Inside Machinations of the “Right People” among the California gun rights crowd, I have some guesses on what’s next.

a) Brown may very well veto some of this stuff. He’s playing an interesting game, what with apparently owning some “assault weapons” and full-cap mags himself, not to mention the full-throated libertarian Constitutionalism I saw back when he ran for President in the ’80s. Yeah, he’s Moonbeam, but is he our Moonbeam? We’re about to find out.

b) Nevertheless, Brown may refuse to sign some of the more execrable bills but still allow some of this to go into law by not vetoing it, which is a safer play on some of these things where reelection is concerned. Damn it.

c) Some things that go into law may be subject to a judicial injunction temporarily barring enforcement until a Constitutional lawsuit makes its way through the courts.

d) Some of the laws wouldn’t take effect until July 2015, and that may be sufficient time for a Supreme Court or 9th Circuit ruling to come down in the meantime and gut some of these things.

e) In the meantime, hundreds of thousands of Californians are going to be deciding whether or not to comply, suffer a “boating accident,” or do nothing and defiantly wait for the knock on the door. And will the defiance be in the form of passive civil disobedience, or a different, more active reaction?

We went through all of this in the ’90s, and I know of many who split the difference, registering one SKS and burying three while waiting to see what happens. Remember, the State already knows we’re gun owners in most cases, so I’m betting most folks will do the same, except this time there’s several hundred thousand more people who will be affected.

As for full-cap magazines, well, let’s just say I predict a run on .458 SOCOM uppers. Speculators, you may wish to buy and hold and then sell at inflated prices to desperate Californians. I wouldn’t blame you if you did.

This entry was posted in Have Gun, Will Travel, Order of the imperial upraised middle finger.. Bookmark the permalink.